When I was setting up my new makeup vanity, I wanted my hair dryer and flat iron handy. I had ordered a desktop appliance holder but it took up a lot of room and the cords looked really messy so I sent it back.

Then I decided it would be much neater to hang my hair appliances on the wall next to the vanity. The holders I found online were flimsy and poorly rated so I decided to use something else as my holder. 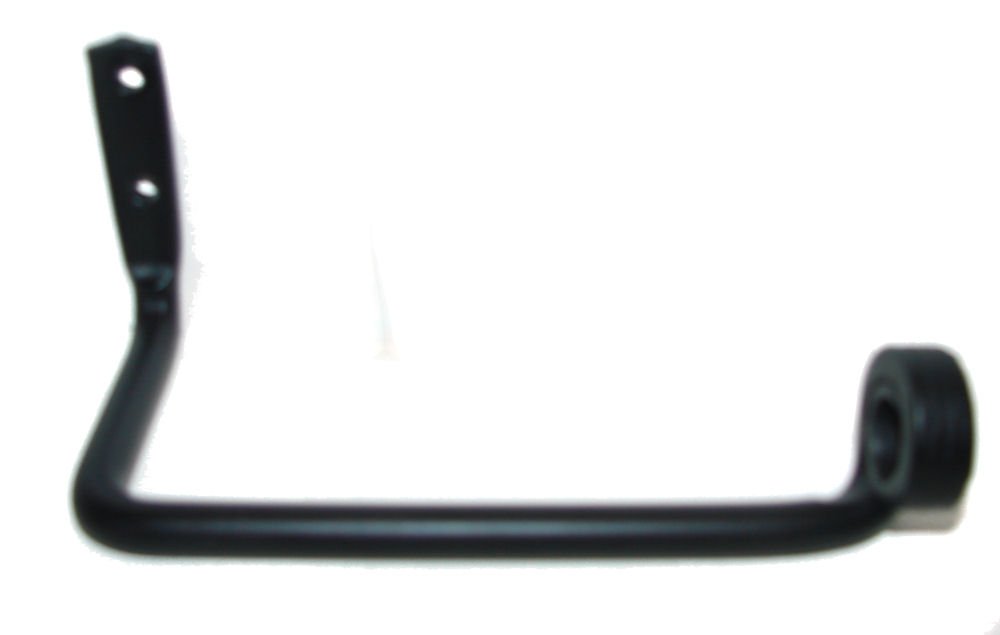 I just happen to have a small star wrought iron towel holder in one of the bathrooms so I checked it to see if my blow dryer and flat iron would fit on it and, guess what, they did! The holder sticks out 4 inches from the wall which is perfect. But instead of ordering that same design, I got this bar rack holder without the star because I also happened to have a pretty birthday card I wanted to use as a plaque behind it. (The star holder is longer though and would also hold a curling iron.)

These Amish wrought iron holders are very sturdy. (I also own star curtain tiebacks in addition to the towel holder.) They’ll last forever! The only drawback is the shipping but they do combine shipping if you get more than one item. However, even with the shipping the total was about the same as one of those cheap holders.

To install, the first thing I did was mark holes from the holder onto the card.

Using the holder as a guide again, I transferred the markings onto the wall and made sure they were straight using a level. Then I put holes in the wall, inserted plastic anchors, laid the card on top and screwed the holder in place.

Holes drilled in the wall with plastic anchors inserted

After that I got four little nails and hammered the corners of the card down.

And that’s all there is to it.

Except for one thing…there was a messy situation going on with the cords plugged into a power strip on the floor.

Hair appliances plugged into power strip cluttering up the floor

I’m going to be painting my room pretty soon and I’ll also paint those cords to make them blend in.

Now everything’s looking neat and tidy and I can sit there and fix my hair in front of my Hollywood Starlet mirror!

Do you have a clever solution for organizing your hot hair tools? Please share them in the comments below.

Want to join the discussion?
Feel free to contribute!

This site uses Akismet to reduce spam. Learn how your comment data is processed.

My name is Lynda Makara. I’m an artist, DIYer and dancing queen. My love of color, sparkles and shiny things shows in everything I do.

So come on in to my home of happy art, tutorials and creativity. Let’s have fun!